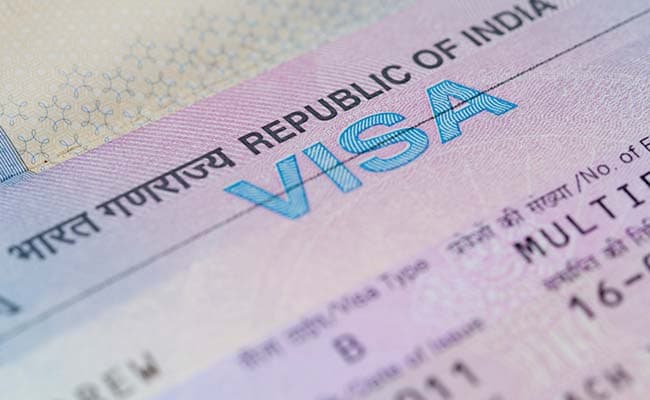 India had issued over 25 lakh e-Visas last year, a five-fold jump from 2015 (Representational)

India had issued over 25 lakh e-Visas last year, a five-fold jump from 2015, and reduced the main category visa from 26 to 21, an official said Sunday.

Home Ministry officials also said sub-categories of visa have been reduced from 104 to 65, thus rationalising and simplifying the visa regime and removing confusion.

The number of e-Visas issued by the Bureau of Immigration, under the Home Ministry, has risen from 5.29 lakh in 2015 to 25.15 lakh last year, the official said.

On the other hand, the number of regular or paper visas issued by Indian missions abroad has come down from 45 lakh to around 35 lakh in the same period.

The number of main categories of visa has been reduced from 26 to 21 by clubbing some categories.
The e-Visa facility now covers 166 countries and foreigners can obtain online visa within 72 hours for travel related to tourism, business, health, medical attendant and conference purposes.

The scope of film visa has been increased to include web shows and series and recce of locations. No registration is now required if stay of a foreigner with film visa is up to 180 days in India, the official said.

These measures will remove the present obstacles in implementation of film visa regime and is expected to promote India as a favourite destination for shooting of various kinds of films and shows.

The scope of tourist visa has been expanded by including activities like short-term, unstructured courses (up to six months duration) on local languages, music, dance, arts and crafts, cooking, medicine.

Voluntary work up to one month has also now been allowed under tourist visa.

Provisions of Internship Visa have been liberalised. Earlier, it was given only after graduation or completion of study.

India’s Visa regime has been overhauled during the last two years by making it simpler to understand and administer.

It has become more liberal in terms of length of stay, number of visits allowed and flexibility in undertaking various activities.

The duration of e-Tourist and e-Business visas increased from 60 days to one year.

Restrictions on two entries in one year have been removed. Now multiple entries are allowed on these e-Business and e-Tourist visas.

A foreigner can apply online for e-Business and e-Tourist visas any time. Restriction of maximum 120 days of advance application prior to expected date of arrival in India dispensed with, the official said.