“93 Per Cent From India,” Trump Told In Appeal Against Ending Work Permit 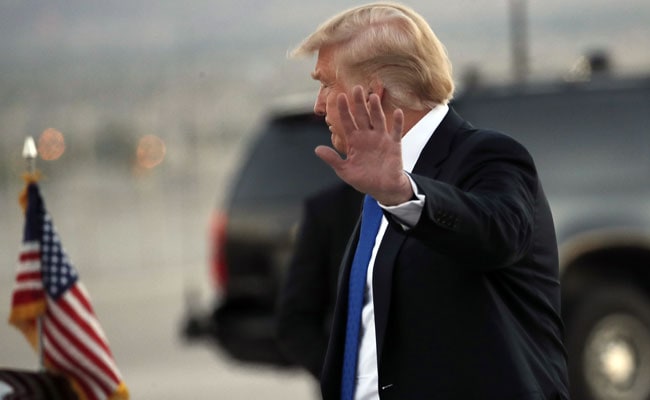 Two powerful Democratic women senators have urged the Trump administration not to go ahead with its decision to revoke authorisation to immigrants on H-4 visas, a majority of who are Indian-Americans, as doing so would impact more than 100,000 women.

H-4 visas are issued by US Citizenship and Immigration Services (USCIS) to immediate family members – spouse and children under 21 years of age – of the holder of H-1B visa, the most sought-after among Indian IT professionals.

The letter comes after Department of Homeland Security told a US court last week it is going to revoke employment authorisation of H-4 visa holders and a notification in this connection is to be issued in less than three months.

The Trump administration is reviewing the H-1B visa policy that it thinks is being misused by companies to replace American workers.  It has said publicly and also in its court filing it wants to revoke work permits to H-4 visa holders,

The move will have a major impact on Indian women as they are a major beneficiary of the Obama-era rule.

“Rescinding the H-4 rule will result in significant personal hardship to women who will be forced to abandon their professional careers,” the two senators wrote in their letter.

“Preventing women from engaging in employment can lead to isolation, depression, anxiety, feelings of guilt, and a loss of self-worth. Revoking a wife’s ability to work leaves her and her children entirely dependent on her spouse. Increased isolation – coupled with complete financial dependence – can make leaving an abusive relationship dangerous and, in some cases, impossible,” they wrote.

Asserting that independence and equal opportunity are fundamental American values, they said an action to deprive spousal H-4 visa holders the ability to continue to pursue their professional careers is antithetical to principles this country is built on.

“We urge you to consider the economic, psychological, and personal harms that rescinding the H-4 rule will cause to more than 100,000 professional women, their families, and their American communities,” they said.

“In 2017, 94 per cent of H-4 visa holders with work authorisation were women and 93 per cent were from India. Currently, no more than seven per cent of approximately 375,000 family and employment-based green cards issued annually can go to nationals from the same country,” they said.

“As a result, over 306,000 Indian applicants and 67,000 Chinese applicants whose applications have been approved are currently in line to receive a green card. Because of the backlog, H1-B visa holders and dependent H-4 visa holders from certain countries in the US are forced to wait from 12 years to an impossible 150 years to receive green cards,” they said.

In the letter, Ms Harris and Ms Gillibrand said requiring professional women to give up their careers to keep their families united will cause serious harm to their children.

Many H-1B families live in higher-cost areas such as Silicon Valley or Seattle, where having two incomes is not a luxury but a necessity.

“Rescinding the H-4 rule would create a permanent barrier to employment – including self-employment – for these women, reinforcing a harmful stereotype that women do not belong in the workplace and widening the gender equality gap,” the senators wrote.