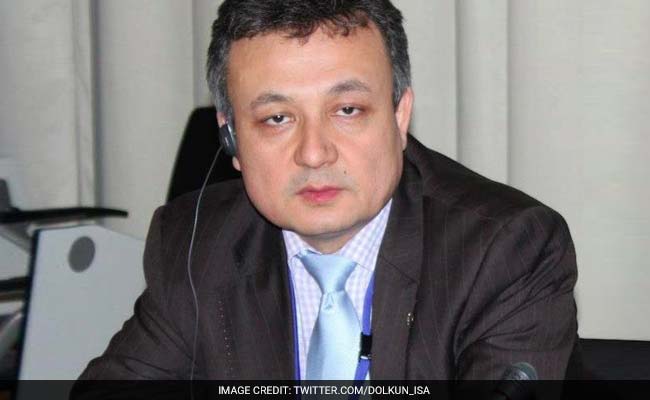 Dolkun Isa said he has an electronic visa to come to India next week.

As China repeatedly justifies blocking New Delhi’s proposal at the UN to designate Pakistan-based Jaish-e-Mohammad Chief Masood Azhar a terrorist, India has angered Beijing by granting visa to a prominent Chinese dissident leader it accuses of being a terrorist.

Dolkun Isa is a Germany-based Uyghur activist. China accuses him of terror activities in the remote Xinjiang region where there is frequent violence between the local Uyghur population and government forces.

Speaking exclusively to NDTV on the phone from Germany, Mr Isa said he had an electronic visa to come to India next week for a pro-democracy conference to be held in Dharamsala, which the Dalai Lama is also expected to attend. “I haven’t decided yet on whether to come to India… I have got an electronic visa. The Chinese government is not happy, India should guarantee my security and free movement”, he said.

The Chinese Foreign Ministry, in a statement to Press Trust of India, has referred to an Interpol red corner notice against Isa and said: “Bringing him to justice is a due obligation of relevant countries.”

Mr Isa said: “China has put me on Interpol list since 1997. Most countries have just ignored it. India is a democracy. I don’t think I’ll be arrested but I don’t want any difficulties either.” Mr Isa was given asylum in Germany in the 1990s.

Asked about Mr Isa’s visa, foreign ministry spokesperson Vikas Swaroop said: “We have seen media reports on his visit, at this moment we are trying to ascertain the facts.”

In recent days, India has raised the issue of China’s stand on Masood Azhar at the highest levels. Foreign Minister Sushma Swaraj and Defence Minister Manohar Parrikar took it up with the Chinese leadership this week.