India warns US of consequences on visa reform 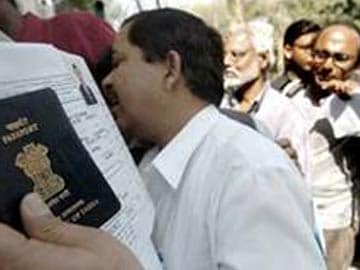 India has warned the United States of consequences for its companies if lawmakers tighten visa rules on high-tech firms as part of an immigration overhaul.

Ambassador Subrahmanyam Jaishankar said that India would see a decision to restrict certain temporary visas for skilled workers as a sign that the US economy is becoming less open for business.

“Once I feel I’m not getting a fair deal, I am less responsive to the concerns of the other party. Then tomorrow if an American company comes and says, ‘You know, we’ve got this set of problems,’ the temptation for me is to say, ‘I’m out for lunch,'” he said.

The Republican leadership of the House of Representatives recently laid out general principles for an overhaul of immigration — whose main goal would be to give legal status to the estimated 11 million undocumented foreigners in the United States.

A version passed last year by the Senate, which is led by President Barack Obama’s Democratic Party, offers automatic immigrant visas for foreigners who earn advanced science degrees at US universities. But it changes rules on so-called H-1B visas, which are issued to skilled workers who come temporarily to the United States.

The Senate bill, while increasing the overall number of H-1B visas available, would hike fees and restrict additional H-1B visas for companies considered dependent on such foreign workers. The move came after complaints by US companies and labor groups that Indian tech firms bring in their own, lower-paid employees rather than hiring Americans.

Jaishankar charged that the changes attacked the business model of India’s showcase IT industry, which he said was making the US economy more competitive by helping companies operate round-the-clock.

The ambassador said he raised his concerns in meetings with more than 25 members of Congress, including House Speaker John Boehner and Senate Majority Leader Harry Reid, since he arrived in Washington in December.

Another prominent lawmaker, Senator Orrin Hatch, recently called India “the biggest battlefield” for intellectual property rights and accused the country of “rampant piracy and counterfeiting” to benefit its own industries.

Hatch made his remarks at the US Chamber of Commerce, which released a report that ranked India at the bottom of 25 countries in protection of intellectual property.
Jaishankar said he was “very surprised” by Hatch’s remarks and charged that the pharmaceutical industry was driving criticism of India, with few complaints about intellectual property rights in other sectors.

India has a major generic drug industry that produces cheaper copycat versions of life-saving branded medicines. But Jaishankar said it was incorrect to suggest that a “huge number of patents” was under threat.

“I would very honestly describe it as scare-mongering tactics and, frankly, I don’t think it’s helpful,” he said. “If there is an expectation that by doing this, we are setting ourselves up for a serious conversation, I think someone’s got something wrong.”

Jaishankar arrived in Washington amid one of the worst crises in years between the world’s two largest democracies after authorities in New York arrested an Indian diplomat, Devyani Khobragade, on charges of underpaying her domestic servant and lying on her visa application.

Jaishankar said that Indians “disagree strongly” with the US treatment of Khobragade, who returned to India under a deal after an indictment, but played down the impact on overall ties.

He said that India and the United States — whose relationship has rapidly grown since estrangement during the Cold War — shared common interests on security and political issues.

“I would not assume that there’s something structurally wrong or some revisiting of the basics of our relationship,” he said.